Adhering to patrol routes as a Calgary security guard is of the utmost importance to ensure your job duties are completed in an efficient and practical manner. Patrol routes involve making your designated rounds, checking in on or around businesses, identifying any suspicious activity or persons, and maintaining a safe environment. Moreover, these set routes can help detect any sort of irregularities that may not normally be visible, like vandalism or theft happening between patrols. By consistently monitoring these areas regularly throughout the duration of your shift, it makes the chance of resolving crimes much higher.
The adherence to predetermined patrol routes also helps build trust with employers – confidence in knowing that the premises and personnel present are being sufficiently monitored and secured. Alas, following patrol patterns accurately helps establish and maintain appropriate boundaries between private and personal spaces between work colleagues or customers akin; this further adds to their safety and security.
When carrying out your role as Calgary security guard it’s recommended you remember why patrolling set routes is so beneficial for everyone involved – not just yourself. Following the predetermined route is just one of the ways you can ensure everyone’s safety while on duty and make sure no element of danger goes unnoticed.

How To Create An Effective Patrol Route For Maximum Security

Creating a practical patrol route for maximum security coverage necessitates careful planning and consideration. To start, a security guard should become familiar with the area they are patrolling. This tends to include noting where public access points, emergency exits, and other potential points of entry or egress are located. Alas, guards should take into account anything that may be considered out of the ordinary – any areas that could represent a security risk or which require closer scrutiny at night (e.g. dark alleyways, deserted parking lots).
Once this information has been gathered, security guards can map out a thorough patrol route taking into account the factors listed above. Keeping in mind the type and size of the facility being patrolled will help guide guards toward creating a route that covers all potential problem areas while avoiding redundancy. It’s recommended you make sure your patrol route is expansive enough to practically cover large areas and small ones akin – it’s no use spending too long covering one area if there are other parts of the facility you need to check as well!
Finally, when mapping out your patrol route it is of most importance to take into consideration both your own safety and that of those around you – doing so will ensure overall accountability and professionalism when executing your role as a Calgary Security Guard. By following these steps, you can ensure you produce a practical patrol route for maximum security coverage in Calgary’s facilities!

The Benefits Of Sticking To A Routine Patrol Route

Patrolling is the most important part of the job of a security guard, and establishing and sticking to a patrol route is key for practical security. Routine patrols allow for maximum coverage and help to deter crime in an area along with increasing visibility. There are several benefits to adhering to patrol routes in Calgary’s security guard work.
First things first, it creates accountability in that guards are expected to be consistent with their routines. This tends to result in faster response times when help is needed and also lends a hand to building trust between both the guard and the employers or clients they are protecting.
Moreover, routine patrols ensure all potential threats are regularly monitored throughout the duration of their shift. If a guard knows their area well, they can quickly respond to any suspicious activity before it escalates into something more hazardous.
Perhaps most importantly, sticking to set routes allows guards to develop an understanding of the encompassing people, buildings, traffic patterns, and other objects that may provide useful information about potential risks within the premises. By understanding the environment better through routine patrols, guards can spot threats more quite easily ensuring the safety of assets being guarded at all times.
Overall, patrolling on set routes provides numerous advantages including better accountability, faster response times, familiarization with the premises, and improved understanding of potential risks associated with the job. Adhering strictly to patrol routes not only enhances efficacy but also provides optimal protection in any security-related situation.

Patrolling with an efficient route is key to most Calgary security guard jobs. After all, in regard to guarding large spaces and perimeters, time is of the essence. To make patrols more efficient, guards should plan routes in advance to ensure they are pacing their tasks as efficiently as humanly possible. This means trying to avoid getting stuck in traffic or being delayed by other obstacles. Alas, guards should prioritize areas when mapping out their patrol routes – focus on the most important locations first before making stops at other points along the way. This tends to help reduce the chances of overlooking any important areas and assist with managing time better. Finally, it’s also a good idea for guards to familiarize themselves with their patrol area to increase their efficiency in navigating around it quickly and quite easily so that they can more quickly respond in case of emergencies and handle non-emergency matters more practically.

Common Challenges Of Adhering To Patrol Routes In Calgary

Adhering to patrol routes is a critical part of security guard work in Calgary. Unfortunately, common challenges can appear out of thin air which makes it hard to stick to set patrol routes.
The first challenge is traffic congestion, which usually may delay security guards from reaching their destination on time and completing all patrol assignments. This tends to be especially true during peak seasons, like conventions at the Saddledome or festivals in Inglewood. To practically overcome these delays, staying abreast of traffic forecasts and avoiding high-traffic areas where possible can help security guards stay on schedule.
Weather conditions are another challenge faced when adhering to patrol routes in Calgary. When storms hit the city, blizzards and icy roads can slow down even the most experienced security guards. Alas, closed sidewalks or pedestrian zones as a result of deteriorating weather conditions can limit a security guard’s ability to reach their assigned patrols in a timely manner. To navigate challenging weather elements practically, safety gear like appropriate winter attire and functional flashlights should be utilized so that the task at hand remains safe yet efficient.
Finally, unexpected problems or incidents that arise while on patrol pose an additional hurdle when adhering to route schedules. Issues like suspicious activity or hazardous spills require prompt attention and would take priority over completing a regular patrol routine; while addressing these issues is necessary, they still cause interruptions which must be taken into account when planning future patrols.

Optimizing patrol routes for maximum security coverage is of the most important for practical security guard work in Calgary. Here are some tips that can help ensure your patrol routes are practical and secure:
1. Plan Your Routes in Advance: Before beginning a new patrol route, always plan it out in advance. Consider the environment, potential hazards, and the buildings or areas needing protection. Planning ahead will ensure you have a thorough understanding of the area and its potential risks, enabling you to produce an efficient path with maximum security coverage.
2. Take Notes Along The Route: When patrolling, be sure to take notes – including any suspicious activity or observations – while on the route. This way, you’ll have a record of every area checked and any issues that need to be taken care of when creating subsequent patrols.
3. Familiarize Yourself with The Area: Once you have a general understanding of your patrol route, condition yourself with it through reconnaissance missions, making note of possible impacts to the landscape like construction zones or other changes in terrain or traffic flow.
4. Create Alternatives: No matter how carefully planned your route may be, there will always be circumstances that disrupt your plans. To avoid delays caused by unexpected events like traffic or weather issues, produce alternative routes as backup options so you don’t lose time during patrols as a result of outside influences
5. Be Flexible with Your Route: At times, an unplanned event may occur which necessitates deviating from your predetermined path; this will usually include anything from discovering suspicious activity to road closures as a result of unforeseen circumstances. In these cases, it’s recommended you take time to assess the situation before deciding if a detour is necessary and if so, where it should lead you next

Security guards in Calgary must adhere to patrol routes in order to provide optimal security coverage. Creating a practical patrol route necessitates advance planning to identify potential problem areas and allocate resources accordingly. Adhering to a routine route has numerous benefits, including deterring crime and ensuring all areas of security are addressed. By optimizing routes with efficient strategies and addressing common challenges, security guards can ensure maximum protection for any given environment. To maximize security, it is important for Calgary security guards to be familiar with their patrol routes and develop plans for responding to any problems that arise during their rounds.

What other safety measures should security guards take while on patrol?

Security guards should always be well familiar with their surroundings and take measures to ensure their own safety, like staying in well-lit areas, avoiding contact with suspicious persons, and carrying a communication device.

Are there any legal implications for not adhering to patrol routes?

Failure to follow the patrol routes as assigned can result in disciplinary action from the employer, including potential termination. Alas, if security guard fails to appropriately perform their duties, they may be held liable for any damages that occur as a result.

How often should security guards change their patrol routes?

It is recommended that security guards change their patrol routes on a regular basis in order to remain unpredictable and maintain maximum security.

What is A smart way to stay alert while on patrol? 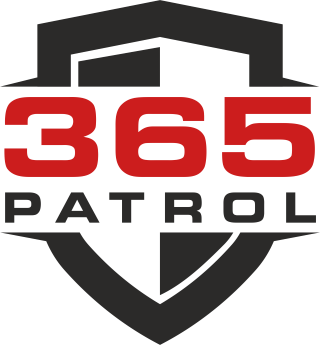